Ten minutes from Downtown Charlotte are the South Park homes – offering a striking variety of homes and neighborhoods. SouthPark is a loosely defined area that has developed around SouthPark Mall over the past forty years…on land once part of a 3,000 acre farm owned by North Carolina governor Cameron Morrison.

With the area’s major growth from the 1960´s through the 1980´s, most of the South Park homes feature traditional floor plans and exteriors. Here you will find some of the last ranch style homes built in quantity in Charlotte. 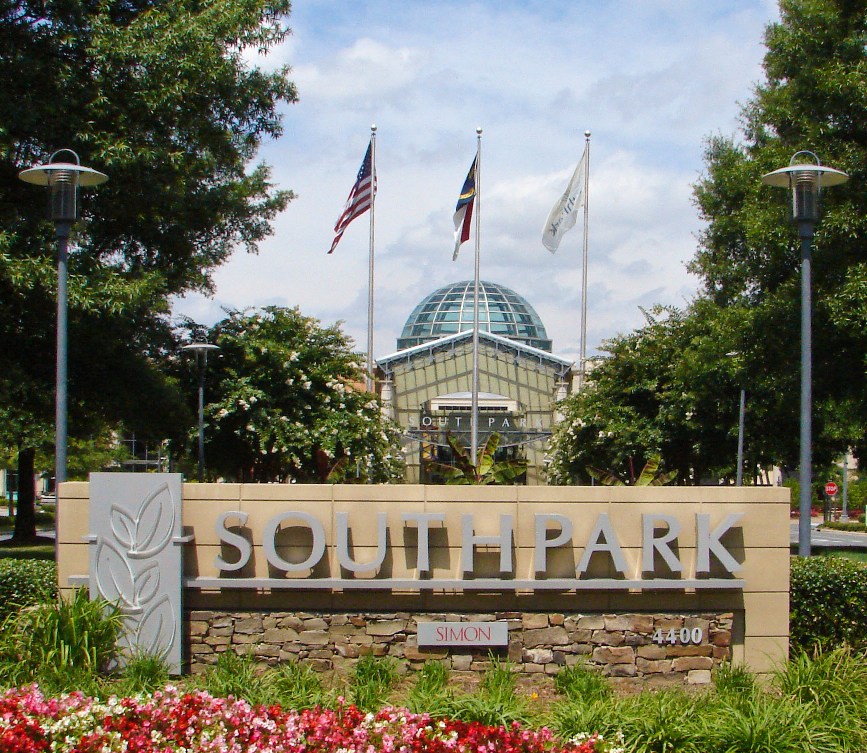 The Subdivisions of South Park...

...give an extra to dimension South Park real estate…from the small ranches of Beverly Woods to the "mansions" of the gated communities of Morrocroft Estates, Dovewood, Heydon Hall and Seven Eagles. Some of the other popular neighborhoods in the South Park area are Foxcroft, Barclay Downs, Montibello, Stonecroft, Quail Hollow and Royden.

And while all of the subdivisions have long since been developed, growth still continues with numerous in-fill developments of pricey upscale townhomes, apartments & some extremely nice new homes South Charlotte.

Even with its wonderful selection of homes & neighborhoods, South Park would not be South Park without SouthPark Mall...plus its offices, hotels, dining and other retail.

SouthPark is the second-largest business district in the state. And with stores such as Tiffany, Nordstrom, Neiman Marcus, Louis Vuitton, Crate & Barrel and many others, SouthPark offers some the finest shopping in the Southeast. Wonderful fine dining options include both great local & national restaurants. And visitors have a wide choice of excellent hotels.

All South Park home buyers with children in school are advised to conduct their own research into potential schools before making an Offer to Purchase. This should include a visit to the school(s), in addition an analysis of all available information. The NC School Report Card  provides an excellent picture of a school’s ranking in the state and district.

I am proud to be a Realtor with leading South Park Realty and I would be delighted to share my in depth knowledge of real estate market. Should you have any questions regarding purchase or sale of your home in , call me anytime at 704-968-0547.

We can show you any home listed and we work 7 days a week!

Henderson Ventures Inc
Based on information submitted to the MLS GRID as of March 30, 2020. All data is obtained from various sources and may not have been verified by broker or MLS GRID. Supplied Open House Information is subject to change without notice. All information should be independently reviewed and verified for accuracy. Properties may or may not be listed by the office/agent presenting the information.
Popular Area Searches
Search by Schools